What is the longest fruit name?

The fact that fruits are delicious and good for your health is old news. Some of them were even considered sacred in ancient times. But, have you ever wondered what fruits have the longest names? We did! So, we prepared a list that will challenge much of what you know about fruits.

The longest-named fruit is a cultivated variety of the American elderberry (Sambucus canadensis L.) This cultivar was developed upon a wild variety found near Osceola, Missouri. The original species occur naturally in central and eastern United States and southeastern Canada.

The plant is ornamental with copious white flowers arranged in an inflorescence that will give rise to dark purple to black berries. These berries are very versatile, being used for making tea, jam, jelly, pies, syrup, vinegar, wine and more.

It's such a prolific plant that you can even eat its flowers! Just dip a bunch of them in the batter to make some fritters. Stick with eating just berries and flowers, though, as all other plant parts are toxic due to cyanogenic glycosides and alkaloids.

Elderberries have a long history of human appreciation. Native Americans used the American elderberry plant as a source of food, medicine, and dyes and for making musical instruments, blow guns, and tools for tapping sugar maples.

The European elderberry (Sambucus nigra), which is closely related to the American one, was even deemed sacred in the Middle Ages and has long been part of the European folklore – some claim that inspired J.K. Rowling to create the Elder Wand in "Harry Potter and the Deathly Hallows."

Our second place goes to Rubus parvifolius L., also known as pink-flowered native raspberry (Australia), Japanese bramble or Australian raspberry (USA). It is a species native to eastern Asia (China, Korea, Japan, Vietnam) and Australia that grows as a perennial prickly shrub with stems around 1m long. It has red or pink flowers that give rise to red berries.

Berries are sweet and were traditionally harvested by colonists for jams and pies. Besides offering a treat for your stomach, this species can also be good for your gut, as leaves are reported helpful as a tea to treat diarrhoea. Botanically speaking, raspberry is not a simple fruit; it is a bunch of tiny one-seeded fruits called drupelets, aggregated together during their development (aggregated fruit).

After learning that raspberries are not strictly fruits, our third place might also have deceived you. Melothria scabra Naudin or Mexican sour gherkin cucumber is technically not a cucumber, contrary to its name. Cucumbers are only those crops derived from the Cucumis sativus species. Nonetheless, the sour gherkin has been popular since Aztec times, probably because they are easier to grow than regular cucumbers.

This herbaceous perennial climber plant is native to Mexico and areas of Central America. The plant can reach 2.5-3m high and has small yellow flowers that will develop olive-shaped fruits up to 4cm long. If you want to try them, add them to salads without peeling.

The fourth place in our list is a cultivated variety of Prunus domestica subsp. insititia (L.) Bonnier & Layens, which may have some identity issues. The subspecies that originated the Langley variety is often thought to have arisen through wild crosses in Asia Minor, while the Langley variety was developed in England.

To be precise, this variety was developed by Veitch's Nursery at Langley in 1902. Unfortunately, the origin of the species and subspecies are so confusing that this variety receives the name of three different fruit types (is it a bullace, a damson or a plum?).

Our number five is the official fruit of the state of Rhode Island and is an ancient, cultivated variety of Malus domestica Borkh. It originated near Green's End in Middletown around 1650. Rumour has it that the first Greenings were grown by a Mr. Green, later known as "Green's Inn" apples. The Greening trees bear large fruits, uniformly round and flattened on the ends, with a dark, waxy, green skin that turns a greenish-yellow when fully ripe.

Apples were present in some of the world's oldest registers, although in the beginning, they were very different from now. They were small and sour, like small crab apples. In the 7th century, there were only seven known varieties of cultivated apples, while today, the account varies between 7,500 and 10,000!

If the longest fruit name has more than 30 characters, how long is the shortest one?

There's not a single shortest fruit name because, with three characters long, one can find at least three species.

You'll likely think of a fig (Ficus carica L., Moraceae – mulberry family), which is both delicious and curious.

A fig is not an actual fruit; it is a multiple fruit derived from a type of inflorescence called syconium—an inside-out cluster of many flowers. The flowers are not visible outside the syconium but must be pollinated to produce fruits and seeds. This task is performed by tiny wasps, which must find their way into a fig, and often die inside the inflorescence.

So, do we eat wasps when we eat figs? Well, it depends. Over the long history of Ficus cultivation, some varieties that no longer need wasp pollination to produce ripe figs were developed. So, for those varieties, there's no trace of wasps. For the others, there's an enzyme called ficin, which digests the wasps into protein that will become part of the fruit. So, no actual pieces of wasps will be eaten.

Perhaps when trying to recall another fruit name with three characters, you'll think of pea (Pisum sativum L., Fabaceae – bean family). Usually, the name pea refers to the tiny spherical seeds of this plant. However, botanically, the fruits are the pods that contain pea seeds.

Another member of the rose family male up our list. Ume (Prunus mume (Siebold) Siebold & Zucc.) is also known as 'Chinese Plum' or 'Japanese Plum'. This species originated in China but has been cultivated in Japan for more than 2000 years. Although it resembles a plum, this fruit is closer to an apricot.

What is a fruit anyways? A very loose botanical definition states that a fruit contains at least one seed and grows from a plant's flower. Many popular fruit names and beliefs are somewhat misleading: gherkin cucumber is not a cucumber, Langley plum is not a plum, peas are seeds, and ume is known as Chinese plum but is closely related to apricots. 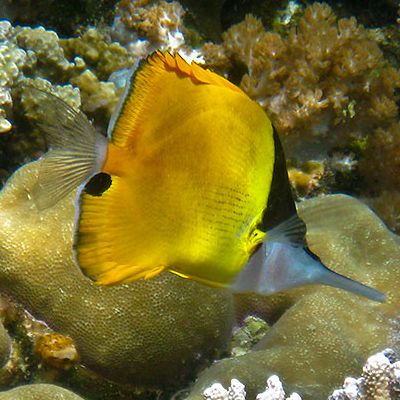