What is the Longest NFL Team Name?

The National Football League consists of 32 teams across the United States. Most of the teams have nicknames that are associated with the city or state they play in while others do not. We will take a look at some of the teams and some interesting facts about them.

The longest team name in the NFL belongs to the Buccaneers and Commanders, which are both 10 characters long.

The Buccaneers, also known as the Bucs, are based in Tampa, Florida. In 1976, they joined the NFL as an expansion team and play in the National Football Conference (NFC) South division. They initially played in the American Football Conference (AFC) West before switching to the NFC Central from 1977-2001.

Their mascot was a parrot known as Skully, but he was replaced in June 2000 by Captain Fear, a Caribbean pirate captain.

After years of pressure from groups that felt their name was derogatory, they were renamed the Washington Football Team in 2020 and finally settled on the Washington Commanders in 2022.

Even though they are named the Washington Commanders, they play their home games at FedExField in Landover, Maryland.

Washington was the first NFL team with a marching band and a fight song, "Hail to the Redskins".

The Washington Commanders have the longest city + team name at 21 characters long. The next longest belongs to the Jacksonville Jaguars, Los Angeles Chargers, New England Patriots, and Tampa Bay Buccaneers, at 20 characters each.

Jacksonville is one of the youngest franchises in the NFL, with the team established in 1993 as a member of the AFC Central. However, in 2002 they moved to the AFC South.

The Jaguars, also known as the Jags, were one of the most successful expansion teams in league history, making the playoffs in four of their first five seasons, which included a trip to the AFC Championship game. They are also one of the four franchises in the league that hasn't played in a Super Bowl.

The Chargers, also known as the Bolts, were founded in 1959 and started playing in 1960 as a charter member of the American Football League (AFL). They played their inaugural season in Los Angeles before relocating to San Diego in 1961.

They joined the NFL as a result of the AFL-NFL merger in 1970 but in 2017, the team relocated back to Los Angeles.

The New England Patriots were established in 1959 as the Boston Patriots. They were a charter member of the AFL before the AFL-NFL merger in 1970. They played their home games in Boston until the team moved to Foxborough in 1971.

After the move, they were renamed the New England Patriots. Their mascot is Pat Patriot, also known as "Pat the Patriot."

The Bills were founded in 1959 as a member of the AFL but they joined the NFL after the two leagues merged in 1970.

Even though there are three New York franchises in the NFL, the Bills are the only ones that actually play home games in the state. Their mascot is William "Billy" the Buffalo, who made his debut in 2000.

The Chicago Bears, founded in 1919, is one of the oldest franchises in the NFL. They were originally known as the Decatur Staleys before becoming the Chicago Staleys in 1921. In 1922, they became the Chicago Bears.

Their nicknames are Da Bears and The Monsters of the Midway. They played in the NFC Central division from 1970-2001 before they were realigned to the NFC North.

As a franchise, the Bears have the most members in the Pro Football Hall of Fame and they've also retired more jerseys than any other team. They have also the most wins of any NFL team.

The New York Jets, also known as Gang Green, were founded in 1959 as the Titans of New York. They were renamed the Jets in 1963. They joined the NFL in 1970 and they play in the AFC East.

The Jets are one of four teams that have never won an AFC Championship game.

Even though they are considered a New York team, their headquarters is in New Jersey where they play at MetLife Stadium.

The New York Jets and Los Angeles Rams have the shortest team names in the league at four characters long each.

The Los Angeles Rams were established in 1936 and were known as the Cleveland Rams then. They moved to Los Angeles in 1946, a year after winning the NFL Championship Game, making them the only franchise in the league to play in a different city after winning a championship.

The Rams moved to St. Louis in 1994. They moved back to Los Angeles in 2016 and won another Super Bowl in 2021, making them the only franchise to win championships in three different cities.

The longest city name in the NFL belongs to Washington and San Francisco at 13 characters each, followed by Philadelphia, Jacksonville, and Indianapolis at 12 characters each.

The San Francisco 49ers joined the NFL in 1949. Five years before that, they were a charter membero of the AAFC.

The 49ers have played in the NFC West since 1970, winning the division title 20 times and the conference title seven times.

The Philadelphia Eagles, also known as The Iggles and The Birds, were founded in 1933. They've been playing in the NFC East since the merger, winning the division title 14 times.

The Indianapolis Colts were established in 1953 as the Baltimore Colts and they've competed as a member club of the NFL since. They began as the Miami Seahawks, a charter franchise of the AAFC. One season later after getting a new owner, they became the Baltimore Colts.

They played in the AFC East from 1970-2001 before being realigned to the AFC South where they have competed since.

They relocated to Indianapolis in 1984.

Miami has the shortest city name at only five characters long.

The Miami Dolphins, also known as The Fins, were established in 1965 and began to play in the AFL in 1966. They have been a member of the AFC East since the merger in 1970. They won the division title 13 times and the conference title five times.

The franchise had early success, winning the Super Bowl in 1972 and 1973, but they haven't been back since their last appearance in 1984.

In 1972, the Dolphins became the only NFL team to finish the regular season and playoffs undefeated after going 14-0. The record hasn't been broken since. 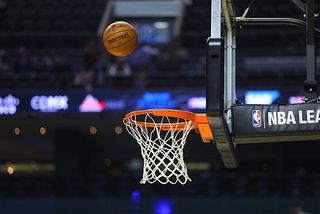 Who Has The Longest NBA Team Name?

In this article we go over which NBA teams have the longest and shortest names. We also discuss the history of the names.