Who has the longest President name? 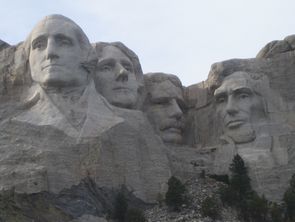 Numbers are everything. They govern the stars and planets, they're vital to the economy, and they rule political campaigns.

Speaking of politics, here's a number for you: 46.

That's the number of presidents the United States has had over its 233 years of existence. But let's put aside the politics of presidents and look at the numbers, specifically regarding their names, and the men behind those names.

Which President has the longest first name?

The title of “President with the Longest First Name” at 10 characters long goes to Rutherford B. Hayes. Ohio born, he fought, and was wounded, in the Civil War and eventually became the 19th President.

He oversaw the end of a politically charged and arguably failed Reconstruction effort. Like many presidents, he was educated at Harvard (one of eight), and as he served in the Civil War, he is one of 29 to have served in the armed forces.

Hayes joins 18 other presidents for having served in the House of Representatives. Lucy Hayes, the first lady, and Rutherford were involved in the Women's Christian Temperance Movement and banned wine and liquor from the White House.

Interestingly, famed and witty author, Mark Twain, supported Hayes' run for president, which he won by one electoral vote. On a last notable bit about President Hayes, he was one of 13 presidents to only serve one term but, unlike the other 12, he did so voluntarily. The other 12 ran for reelection and failed to achieve success.

Coming in second place is a three-way tie all containing eight character first names. They are Franklin (two presidents, Pierce and Roosevelt), and the original Rough Rider himself, Theodore Roosevelt.

Which President has the longest last name?

There's a tie for this title. It's a contest between George Washington and Dwight Eisenhower.

It's a hard one to declare a winner though, since they both have some rather powerful accolades to their name.

Washington was of course the very first president, and the only president to ever receive a unanimous collection of electoral votes in the American electoral system. Sure, it was only 69 votes, but wait, what's this? He manages to repeat this victory in the second election in 1792 with 132 electoral votes. No other president has managed to claim a victory like Washington.

It helps when you are seen as the reason why the colonists won against the British. Washington was an incredibly popular man.

He is also the reason why there are only two terms for presidents now. While an amendment to the Constitution making that law didn't happen until the 1950s, Washington voluntarily stopped running for office after two terms.

Oh, and that bit about his teeth being wooden? That's what we call a myth. He did have dentures, but they were never made of wood.

Eisenhower, the 34th president, had a similar popularity to Washington, and it was also due to his military record. Eisenhower was the Supreme Allied Commander of allied forces in Europe during World War II. That role and subsequent victory is credited on his eventually winning office after Harry Truman left.

He was commonly known as Ike, with campaign buttons frequently running the slogan “I like Ike!” While he commanded hundreds of thousands of troops, he did not command an electoral victory like Washington, because by Ike's time in American politics, the two-party system had firmly entrenched itself into the American political machine.

Some other interesting bits on Eisenhower include the fact that he suffered a heart attack near the end of his first term. He spent seven weeks in the hospital, but then went right back to work.

Also, Eisenhower was instrumental in the push to integrate schools after the Supreme Court decision of Brown v. The Board of Education, when he sent federal troops into Little Rock, Arkansas to force the schools to comply with the Supreme Court's decision. In similar fashion, he also ordered the desegregation of the U.S. Military.

There is a five-way tie for second longest name. Teddy and Franklin Roosevelt, Martin Van Buren, Thomas Jefferson, and Grover Cleveland all have a nine-character last name.

Which President has the longest full name

A lot of presidents are known and talked about using their nicknames or only part of their name. Like LBJ for Lyndon Baines Johnson, or JFK for John Fitzgerald Kennedy. The same goes for FDR, for Franklin Delano Roosevelt. His fifth-cousin, Theodore, was known by Teddy.

But in the position of full name, we've shifted away from the history and into the modern age.

Current president, number 46, Joe Biden, wins the title of “Longest Full Name” at 26 characters. His full name is of course Joseph Robinette Biden, Jr. While “junior” is abbreviated, he would still qualify more so if it was fully spelled out, so let's say 26 to 29 characters.

While he's only two years into his term but it's been an interesting one to say the least. He assumed office about a year after a pandemic swept across the country and the globe and has claimed over a million American lives already. Economic turmoil ensued, which is always hard for any president to handle. So, history is still out on how well a job Joe Biden will be credited with.

However, he does have some notable things attached to him. For one, he's the oldest president ever elected at 78. Along that same vein he was also the youngest Senator ever elected at 29. Now, according to the Constitution, you must be 30 years old to serve in the Senate, but you can be elected at 29, as long as you'll be 30 when you take your oath of office.

Biden is also one of 15 people to serve as vice president and then go on to become president. If we go by colloquial names, Biden also has the shortest name with Joe Biden being only nine characters.

Coming in second, another modern president. George Herbert Walker Bush, one of those with two middle names, clocks in at 24 characters in his name. FDR and Rutherford B. Hayes follow up with 23 characters.

Perhaps it's just an illusory correlation, but some of the longest names in U.S. presidential history also have some noteworthy history behind them, or yet to come. So what's in a name? Numbers, and numbers are everything.

What is the longest U.S. state name?

Learn about which U.S. state names have the longest official, unofficial names and shortest names.