What is the Longest NBA Team Name?

There are several long team names in the NBA. But which one is the longest?

The shortest City/Location name is Utah at 4 characters followed by Miami at 5 characters long.

The Nets, Suns, Heat and Jazz are all tied for having the shortest name at 4 characters long

Before we dig in to the longest names, lets begin with the shortest names. Keep in mind, for these we are counting the location AND team name in the character length.

The Utah Jazz was the only team to win the shortest name in all the three shortest categories above, therefore we declare it the official shortest team name.

Background on the Utah Jazz

Jazz moved to Salt Lake City from New Orleans in 1979 because of financial problems. Back in the days, New Orleans had one of the highest taxes in the whole country.

The franchise's best years came in the late 80-s and 90-s when legendary coach Jerry Sloan built his offense around John Stockton and Karl Malone. Their ball screen based offense was something very few teams ran in the NBA before Utah. When the Stockton-Malone duo was at their best they looked unstoppable. Unfortunately for them, those were also Michael Jordan's best years so they stayed without a ring. In 1997 and 1998 they reached the finals and that Jazz team will be remembered as the one who was closest to beating the Bulls.

Both the Golden State Warriors and the Oklahoma City Thunder are the second longest City + Team names at 21 characters long each.

The Minnesota Timberwolves and Portland Trail Blazers are both tied for first place at 22 characters long. Both teams have rich NBA history and both are in the rebuilding process so they hope that in the future they can recreate some of the glory days.

Remember that if you remove the City/Location from the full name, The Trail Blazers is longest at 13 characters long, Timberwolves is 12 characters.

Therefore we declare the Portland Trail Blazers as the longest name, followed by the Minnesota Timberwolves

The Longest NBA Team Name is the Portland Trail Blazers

In February 1970 NBA granted the rights to a franchise in Oregon and the first team owner was Harry Glickman who organized a big contest for the team's name. More than 10 000 people gave their opinion and most of them voted for the "Pioneers" but because other sports organizations have already used that name Glickman decided to go with the second choice" Trail Blazers".

Glickman felt that trail-blazing activity represents the mentality of the Pacific and that people can relate to it. He wasn't wrong because in no time Trail Blazers became very popular in Oregon.

The end of the 70-s were the best years of the team. It all started when they drafted Bill Walton and hired Jack Ramsey as a head coach in 1974. The immediate effect was seen during that season when Trail Blazers had managed to go to the Playoffs for the first time. Fans started to fall in love with the new style of play and during that years gym was always full. In 1977 Portland managed to win its first NBA championship. It looked like they can repeat it next season but Walton's injury changed everything and in the end, he left the team as a free agent in 1979.

One more crucial moment in Portland history was the 1983 draft when a team selected Clyde Drexler. In his rookie year, Clyde became the fan favourite and it remained like that for almost 15 years of his career in Oregon. Drexler led the franchise to two NBA finals in 1990 and 1992 but he never managed to get the trophy back to Portland.

In the 2012 draft team selected the Damian Lillard with the 6th pick. Dame, who is with Drexler considered one of the best players in Portland history broke almost all of the franchise records but he also never managed to go deep into the playoffs with the Trail Blazers.

The Second Longest NBA Team Name is the Minnesota Timberwolves

The first pro basketball team in the Twin Cities was Minneapolis Lakers who played National Basketball League (NBL) from 1947 to 1960 when they moved to Los Angeles. The face of that team was George Mikan, one of the best bigs in basketball history. Mikan won the NBL championship in his first season with the team.

When the franchise was moved to LA, Minnesota fans had to wait for almost three decades in order to have their team. NBA came back to the city in 1989 when the league was expanded. Owners organized a "team name" contest and two options entered the finals: "Timberwolves" and "Polars". City councils gave the final vote and the franchise was officially named " Minnesota Timberwolves".

The first seasons in the league were not easy but things started to change in 1995 when the team hired Flip Saunders as a new Head Coach. That summer Saunders drafted Kevin Garnett as the 5th overall pick. Next season Garnett became the first Timberwolves player invited to the All-Star game. In the season 2003-2004 team reached the Western Conference finals where they lost to Los Angeles Lakers. Kevin Garnett played a great season and he got the MVP award for the first time in his career.

After the KG era franchise had some high level players like Kevin Love or more recent Andrew Wiggins and Karl-Anthony Towns but they were never close to becoming league contenders.

We hope you enjoyed reading our article on the longest NBA team names. 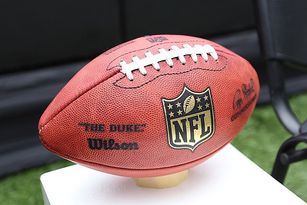 Who Has The Longest NFL Team Name?

In this article we go over which NFL teams have the longest and shortest names. We also discuss the history of the names.