What is the currency with the longest name? 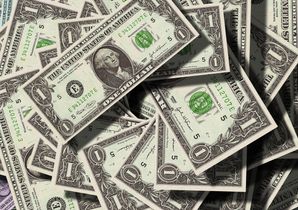 Tourists exchange their money in various currencies everyday during their international tours. They can exchange money through online banking before the start of the journey. They can also use an ATM service after reaching their destination. All they need to do is remember the currency name to receive the desired currency.

Some currency names are hard to remember and need to recall like a parrot. While some thoroughly become a part of the memory at once.

In the case of currency with lengthy characters, tourists may be perplexed as to why it has such a name.

There are nearly 180 different currencies across the globe. These currencies may comprise three or four characters, like yen and peso, or multiple characters in their names.

Below are the few currencies that have the longest names with their unique facts:

Boliviano is the currency of Bolivia. It's symbol is Bs.

Between 1863 and 1963, the Boliviano currency was named the Bolivian peso. But, on November 28th, 1986, Paz Estensoro, the former president of Boliviano, officially announced it Boliviano.

Today, Boliviano is circulating in the coin of 1, 2, and 5. On observe side, it has written "Unity makes strength," and on the other, it has a Bolivian coat of arms with the words "Plurinational State of Bolivia." The currency notes of Boliviano are available for 10, 20, 50, 100, and 200.

It is the currency of Swaziland, introduced in 1974.

The observed side of the currency note has the king's portrait and written Central Bank of Swaziland. On the reverse side, "God is our source" is printed. The note is easy to identify due to its color, security thread, paper quality, watermark, and intaglio printing.

The official currency of Bhutan is Ngultrum. Its symbol is Nu.

It is available in currency notes and coins.

The dzong architecture and the 5th King of Bhutan, King Jigme Khesar Namgyel Wangchuck's portrait on the currency note represents the culture of Bhutan.

The coins of Ngultrum have engraved the Royal Government of Bhutan and the line "Food for All." The unique fact about this currency is that it can not use worldwide except in Bhutan.

The Chinese currency, known as both Yuan and Renminbi, was introduced in 1949 during the Chinese civil war.

It is available in different banknotes like 1, 5, 10, 20, 50, and 100 with the portrait of Chairman Mao. The first-ever object used in Chinese currency was a seashell. Because the Chinese currency symbol is identical to the Japanese Yen, it is abbreviated differently, i.e., RMB. It divides into 100 fens and 10 jiao.

The unique feature of the shilling currency is that four different countries use it as their official currency but symbolically are different. These four are mentioned below:

Uganda first issued its currency in 5, 10, and 20 shilling currency coins in 1966 with the symbol of USh.

The prominent colors of these currency notes are yellow, red, purple, green, blue, and orange. The new currency has six unique elements, i.e., Ugandan mat patterns, Ugandan basketry, the map of Uganda (complete with the equator line), the Independence Monument, and a profile of a man wearing a Karimojong headdress.

Today, the Central Bank of Kenya issues currency notes in the denominations of 5,10,20,50, and 100. The observed side of the currency note has a coat of arms of Kenya, the Statue of President Jomo Kenyatta, the Kenyatta International Convention Centre, and different animal images like lions, giraffes, rhinoceros, elephant, and leopard. The reverse side of the currency note represents the green energy projects, agriculture, social services like sport, tourism (wildlife), and governance that include the parliament building.

Tanzania also uses the shilling as currency with the symbol of TSh. It introduced the first currency in 1966.

Today, the shilling currency note circulates in denominations of 500, 1000, 2000, 5000, and 10,000. The observer side of the currency of 500 and 1000 has the Tanzanian coat of arms, Sheikh Abeid Amani Karume, President Julius Kambarage Nyerere, and Bismarck Rock in Mwanza Harbor. Others have an image of a lion, black rhinoceros, or elephant with a coat of arms.

Somalia also uses shillings with the currency symbol of SOS. The country issued its first shilling in 1967.

The currency has very interesting illustrations. The observing side of Somalia's shilling currency notes has images of a trader and a camel, a woman with a baby waving a rifle, water buffaloes, and the Abdul Aziz Mosque.

On the reverse side, a man with children on a donkey, a cotton harvest, a banana plantation, and many others represent the way of life of the people of Somalia.

The Sterling is the official currency of the United Kingdom and its associated territories, including Tristan da Cunha and South Georgia Island.

It is the world's oldest and most widely used currency. The pound is the primary unit of sterling, which is why the currency is known as the Sterling or British pound.

Sterling originated from the word star with the suffix "ling," which means "little star" or "silver coin".

Sterling's history initiated in the ninth century when gold and silver coins were issued. In 1694, the Bank of England issued the first sterling currency notes. At the time, the denominations of notes used to be written by hand. Then, in 1975, printed denominations ranging from £20 to £1000 sterling were introduced.

Today, it is available in polymer bank notes with the portrayal of Sir Winston Churchill, Jane Austin, JMW Turner, and many others on the reverse side and on the Queen Elizabeth portrait observe side.

The polymer banknotes have distinct characteristics such as an ultraviolet number, the feel of polymer and raised print, a silver foil patch, a see-through window, and a color-changing border.

The longer names do not portray the strength of the country. There are currencies with the fewest characters that have a significant meaning.

Lev is one of them, the currency of Bulgarians means loin, Leu of Romans means the money in their language, and Sol is the official currency of Peru, a Spanish word that means sun. Hence, other currencies like Leu, Lek, Sol, Yen, Won, Som, and Kip are currencies that also are traded and widely accepted.

Currency is precious to any country. It symbolizes culture, independence, struggle, and power.

Every country strives to make its currency strong, visible, and widely accepted worldwide. Respecting other countries is mandatory for everyone. Do not forget to pay respect to your currency as well as the currencies of other countries, as the piece of paper immerses the whole country in it.