What is the longest continent name? 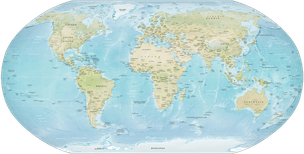 Asia is the shortest continent name at 4 characters long

The largest and most populous continent on Earth has the shortest name. That's Asia. There are various theories about how the name came about. Possible origins include the Ancient Greek word Asis which means ‘muddy or silty', used to refer to the eastern coasts of the Aegean Sea. The Semitic word Asu which means ‘rising or light' is another possible root that may have indicated the direction of the rising sun.

Asia is home to some of the earliest civilizations which include Mesopotamia in present day Iraq, the Indus Valley Civilization in India and Pakistan, and the Yellow River Civilization in China. Most of the major religions including Buddhism, Christianity, Confucianism, Hinduism, Islam, Jainism, Judaism, Shinto, Sikhism, Taoism, and Zoroastrianism originated in Asia.

As a continental name, Asia was used by the Greek historian Herodotus (440 BCE) to describe Persia, and Anatolia in present-day Turkey. Since then the word has been used for regions to the east of the Greek islands, and stretched to include the southern and eastern parts of the landmass known as Eurasia. With no clear geographical boundary between Europe and Asia, the line separating the two continents has kept changing over the past 2000 years due to political and cultural reasons.

The name Europe, the continent with the second shortest name comes from Europa, a Phoenician princess in Greek mythology. Europa may have derived from Ancient Greek eurus which means wide or broad, words used to describe Mother Earth, or the Semitic words erebu or ereb, which indicate the direction of the setting sun.

The Ancient Greek and Roman civilizations are the roots of pan-European culture and thought. After the Dark Ages, the Age of Discovery in the 16th century led to rapid development in arts and sciences, exploration and navigation in Europe. Along with the Industrial Revolution in the 18th century, these events shaped the modern world.

However, these developments also paved the way for colonial conquests through which several European countries emerged rich and powerful at the expense of colonized countries in Asia, Africa, Oceania and the Americas. Since then European nations have played an important role in global affairs. The two World Wars in the 20th century were fought mostly in Europe.

The name Africa, another continent with the second shortest name, may have originated from the Greek aphrike (without cold or horror), or the Latin word aprica (sunny). It was first used during Roman times to denote the area around Carthage in present-day Tunisia. The Latin phrase Africa terra literally means ‘Land of the Afri', the people Romans had to defeat before their empire could be established in North Africa.

Over-exploited, massacred and plundered during colonial times, Africa is one of the youngest continents today with 60% of its population below the age of 25. This workforce along with recent developments in education, science and technology has great potential to transform the continent.

The oldest fossil of our species Homo sapiens dated to around 300 thousand years has been found in Morocco, North Africa. This discovery, along with several others confirm that Africa is the birthplace of humanity. Genetic evidence also indicates that the earliest members of our family emerged in Africa, migrated to Asia and Europe, and eventually spread into every continent on the planet.

Australia is the fourth longest continent name at 9 characters long

Australia has the fourth shortest, or fourth longest name (depending on how you count) among the continents. Long before Australia was mapped by European powers, Roman philosophers believed that land in the Northern Hemisphere had to be balanced by similar landmasses in the Southern Hemisphere. Thus an imaginary continent Terra Australis, literally ‘southern land' in Latin, was proposed as early as the 1st century CE.

European navigators began to confirm reports of such a landmass, the southernmost land at the time, from the 17th century onwards. By the early 19th century the name Australia was officially accepted. Parts of Australia including New South Wales, Queensland and Tasmania were used as penal colonies by the British to settle convicts till the mid-19th century. Ancestors of indigenous inhabitants of Australia had landed on the continent as early as 50,000 years ago.

Antarctica is the third longest continent name at 10 characters long

Antarctica, with 10 characters, is the only continent to have been discovered by human beings within historic times. Antarctica should have been the Terra Australis of classical Roman imagination, but by the time the polar continent was discovered, the name was already taken.

Antarctica derives from two Greek words anti and arktikos, the polar opposite of the Arctic, a concept popular since the time of Aristotle. Located almost entirely within the Antarctic Circle, Antarctica has six months of daylight in summer and six months of darkness in winter. A Norwegian expedition team was the first to set foot on the continent in 1895.

Both North America and South America are joint contenders for continents with the longest names at 13 characters long each.

After the Ottomans gained control of Constantinople in 1453, the land route through which spices and other treasures from the East arrived in Europe was abruptly cut off. European nations competed with each to gain control of sea routes to Asia.

Columbus attempted to sail to Asia through a faster western route across the Atlantic, but ended up in the Caribbeans, which he believed to be India. It was the 15th century Italian explorer and cartographer, Amerigo Vespucci, who realized that the newly discovered lands were not Asia, but continents entirely unknown to Europeans. America was named after him in 1507.

The first humans in the Americas entered Alaska from Siberia through the Beringia land bridge that had been exposed when sea levels dropped drastically during the Last Glacial Maximum between 26,000 to 19,000 years ago. In fact, present day Siberians and indigenous Americans have similar language and genetic structures.

Alaska was a part of the Russian Empire till 1867 when logistical difficulties forced the Russians to sell Alaska to the US for 7.2 million USD (140 million USD in 2021). The US got its 49th and largest state at a real bargain, don't you think?

Apart from the seven continents, there's Oceania, broadly covering the entire Pacific Ocean region. With about 25,000 islands, the region is at times described as a liquid continent. While trying to define the region some experts stress on the common volcanic origin of many of these islands, while others focus on geopolitical connections.

The total surface area of Oceania is more than Eurasia, though the landmass is less than Europe. Oceania also includes Australia, which is a small continent in its own right. All these factors have led to a lack of consensus on what should be included in Oceania and what should be left out.

The Middle East is a trans-continental region that is at times mistaken for a continent. The region was referred to as the Near East in the early 20th century. Although the name Middle East is considered overtly Eurocentric, colonialist and even discriminatory by many, it continues to be used for the lack of a better option.

The usage originated in the late 19th century when Britain and Russia were competing for greater control over Central Asia and the Persian Gulf. Out of the 18 countries in the region, 14 are in South West Asia, Egypt is in Africa, Turkey and Cyprus are part of both Asia and Europe, while Akrotiri and Dhekelia are British protectorates on the island of Cyprus.

Oceania and the Middle East are not continents

Thus while Oceania is considered a continent by some, albeit with a loose boundary, the Middle East is in no way a separate continent as it is a region spread over Asia, Africa and Europe.

We hope you enjoyed this article on continent name lengths and learned a fun fact or two.