What is the Longest Anime Name? 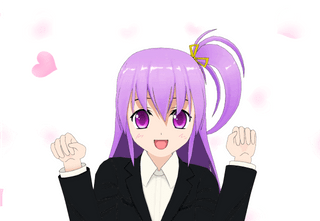 Is it just us or are anime titles getting longer and longer over the years? The title of a series, movie or book is the first thing you notice and it’s actually a clever tactic writers use to communicate the content to the potential buyer.

Popular titles such as Re:Zero - Starting Life in Another World tell the viewer at a glance that this is a portal fantasy series. Keep reading to find out the top three longest and most descriptive anime titles.

If we’re talking about anime with long titles, the first one that comes to mind is Kochikame or as its known to its English-speaking audiences as This is the Police Station in Front of Kameari Park in Katsushika Ward.

Kochikame follows the life of a 36-years old, lazy, greedy, underpaid, yet good-hearted Chief Patrol Officer named Kankichi Ryoutsu, or Ryo-san, who is stationed at the police box in front of the Kameari Park in Katsushika Ward alongside his colleagues and superior. Ryo-san is often drawn to plans to make quick money and other worldly desires, often leading to gutbusting comical situations.

Throughout the story, Ryo-san’s colleagues often try to persuade him to not carry out his ludicrous money-making schemes, to which Ryo-san heeds no mind, ultimately landing him in hot water with his superiors.

Also known simply as Shomin Sample, The Story In Which I Was Kidnapped By A Young Lady’s School To Be A “Sample Of The Common People” is a rom-com anime about a regular boy named Kimito Kagurazaka who is kidnapped as a live example of what a commoner’s life is like for a private all-girls school. Shomin Sample ran from October 2015 to December 2015 with 12 episodes for a full season.

The students at this posh school are full of daughters from high-profile people, who are basically sheltered throughout their life. Despite receiving the best education and lifestyle befitting a princess, the fact that these sheltered princesses virtually have no idea on how the regular world operates.

Hence Kimito Kagurazaka is forcefully thrown into a plethora of shenanigans as the sole boy in a school full of clueless, high-class young ladies all with their own unique quirks.

The Misfit of Demon King Academy: History’s Strongest Demon King Reincarnates and Goes to School with His Descendants

Running from July 4, 2020 to September 26, 2020 for 13 episodes, Maō Gakuin no Futekigōsha or The Misfit of Demon King Academy brings the audience the story of Demon King Anoth Voldigoard who sacrificed himself to end the bloody war between mankind and demonkind. Before his death, the Demon King put a spell on himself to be reborn in the future after his passing, hoping to see a new era of peace brought by his sacrifice.

The Demon King returns 2000 years later in a peaceful time, but as history is written by the victor, him being dead translates into his selfless acts being twisted by the people he left behind in death. To set things straight, the now-reincarnated Demon King Anoth Voldigoard attends to the Demon King Academy, an academy founded to find Anoth when he returns, together with his fellow students who are effectively his descendants.

Are Anime Titles Getting Longer?

Anime is definitely experiencing a wave of ridiculously long titles, especially in the last decade with more and more anime that are based from light novels. However, there’s a plausible explanation for all the long-title madness. One of the main factors is because of how Japanese book stores arrange their shelves with the book spine facing the customer instead of the book cover.

Having a title that is essentially a synopsis helps to grab the attention and inform the customers of what the book is about from a glance without having to take the book out from the shelf. The fantastically long title, although hard to remember, is also equally hard to forget.

What country in Asia has the longest name?

Lots of countries in Asia have long names. Find out here which ones are the longest.