What is Human Organ with the Longest Name? 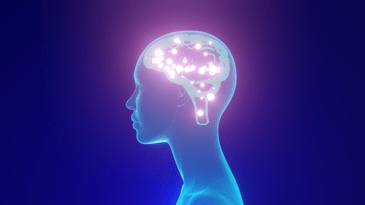 The human body functions due to close coordination among various organ systems. These organ systems are made up of 78 organs.

Bulbo-Urethral Gland is tied for having the longest name

The Bulbo-urethral gland is the organ with the longest name (20 characters with spaces or 18 letters total) among all of the body organs despite being very small in size as compared to liver and skin.

There are two Bulbo-urethral glands lying below the prostate. These are named so because of their close relation to the bulb (base) and urethra of the penis.

Another name of it is Cowper’s gland after the name of its discoverer William Cowper who was an English surgeon and anatomist.

The main function of this pea- sized gland is to produce secretions to lubricate urethra for the smooth passage of semen. In addition to that, its alkaline nature neutralizes the acidic environment of urethra due to urine.

Another organ that shares the title of having the longest name along with bulbourethral glands is olfactory epithelium (20 characters or 19 letters).

The word “olfactory” is derived from the Latin word “olfacere”, which means “to smell”. Therefore, olfactory epithelium is associated with the sense of smell.

This epithelium is present in the roof of the nasal cavity. It has sensory receptors in it which perceive the signals and then transmit it to the olfactory bulb which is lying on the cribriform plate of the ethmoid bone.

From there, the information is sent to the primary olfactory cortex of brain through olfactory nerve (1st Cranial Nerve).

Which organ has the third longest name?

Next in line is “Sub-cutaneous tissue” with 19 characters. “Sub-” is a prefix that is used to denote any structure which is lying below some other structure. “Cutaneous” is derived from a Latin word “cuticula” or “cutis” which means skin.

In this way, “Sub-cutaneous tissue” literally means a tissue which is lying underneath the skin.

It comprises of a fatty layer mostly, which is traversed by superficial vessels and cutaneous nerve. The purpose of this tissue is to support and nourish the outward layers of the body.

Among other organs with the longest names are “Parathyroid glands” with 18 characters.

“Para-” refers to a structure which is lying beside another organ. These four small glands are called so because these are lying beside the thyroid gland.

They regulate the calcium and phosphate levels of the body by secreting a parathyroid hormone which works under the control of negative feedback mechanism. It helps the body to absorb calcium and excrete phosphate.

What human organs have the shortest names?

On the other hand, the organs with the shortest names are skin, nose, eyes and ears (each of them having 4 characters).

Interestingly, skin is the largest organ according to body surface area, because it covers the entire human body.

The medical terms pertaining to skin are “integument” and “cutaneous”. The integument is derived from a Latin word “integumentum” which refers to a “covering”.

The skin along with its other appendages i.e. hair, nails and glands form the integumentary system of the body which protects the body from a wide range of external environments to maintain homeostasis within a narrow range which is optimal for bodily functions.

Moreover, it contributes greatly to the thermoregulation of the body.

The nose (another organ with 4 characters) acts as a part of the respiratory tract of our body that allows the air to move in and out of our lungs. Also, it has hair and mucus membrane on the inner walls which filter the air before it can enter the pharynx and trachea.

The eyes are responsible for vision. These globular structures perceive light from the surrounding environment and carry these light signals through the optic nerve to the visual cortex of the brain.

Ears that are visible on both sides of our head are just one of the three parts of the anatomical ear. Medically, the ear is divided into three parts i.e. external ear, middle ear and inner ear.

The external ear is composed of pinna that we see as our ear, which leads to the other two parts of the ear that are present inside the skull bones.

The medical prefix related to ears is “oto-” which comes from the Greek word “ous” which means “ear”. Ears serve the function of hearing and help in maintaining a balance of the body.

The anus is a circular opening that serves the purpose of being the terminal part of our gastrointestinal tract.

The word “anus” originated from the Latin word “anus” which means a “ring” or a “circle”.

We hope you enjoyed our article about the human organs with the longest names. Did any of the organs surprise you as being the longest?